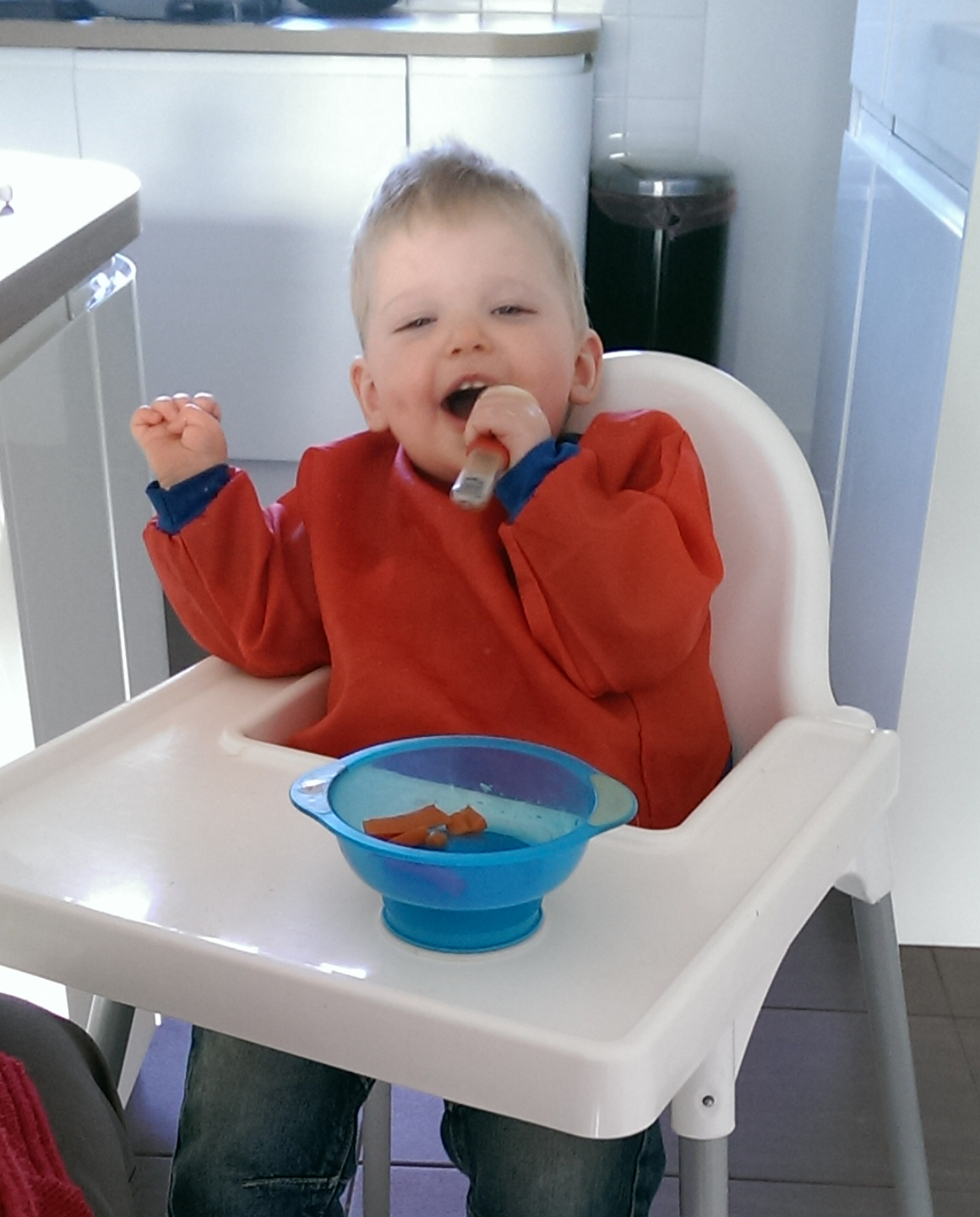 A new year and a change for Toby.

Toby’s seizure pattern has changed and rather than lasting an hour or more they are now 1-5 mins which is good as he doesn’t require the rescue medications, ambulances or trips to hospital however it’s a double edged sword as the seizures are now far more frequent and he’s having up to 3 per day.

Whilst we’re not giving rescue medication we are still having to intervene as his breathing is often impacted, either it stops altogether or he only takes 5-10 breaths a minute (rather than 40-60) so he goes very grey and starts getting starved of oxygen. On a weekly basis we’re having to perform mouth to mouth to get him going again and then use oxygen to ensure he’s getting as much as possible with the shallow breaths.

It’s now more important than ever that we carry oxygen with us all the time as part of Toby’s rescue kit so if you ever see us out and about looking like a scuba diver with a special backpack with oxygen cylinders in it you now know why! 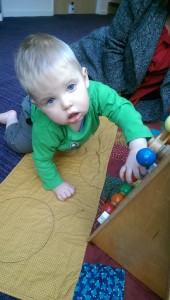 With this change in seizure pattern we’ve tried to do more ‘normal’ things with Toby like going to baby groups and getting out and about.

We really want to help his development by letting him interact with other children and be as normal as possible but sadly Dravet often has other ideas.

At a singing group Toby loved the noise and excitement but it soon became too much for him and he started to have absence seizures and had to leave. At a friend’s house he had a seizure when playing with new toys.

Sadly it’s a real reminder that whilst we’re not having an ambulance out every few days we’re far from being in a normal situation.

We’re very lucky to have a large group of very good friends, several of whom came down on New Years day to see us, another friend in Olney hosted so there was no pressure on us (we’re very grateful that people do understand how difficult life can be) in the event we had to cancel. All was well, the food was gorgeous and it was great seeing everyone, however Toby only lasted an hour or so before the excitement and heat started to trigger a significant amount of partial seizures, to calm him down I left all our friends and came home to help him relax. This is hard for us and Toby as we just don’t get to enjoy the simple things of chatting and having a drink anymore.

It’s often the little things like having that glass of wine that remind us that we’re different. Only on rare occasions do we ever have more than one drink as we might have to jump into the car in the middle of the night. When a friend noticed that I’d laid out my clothes the night before on the floor carefully on top of each other, pants ready for me to step into they took the p*ss a little however the reality is that we always do this so we can get dressed in seconds to respond to a seizure.

It’s not all doom and gloom though, we have been able to spend a little more time with friends over the last month, as ever it’s often planned at the last minute but it’s lovely to have a little time to catch up with someone face to face.

We had booked a 3 night stay in Helen House in early January and a couple of good friends came down to see us for the night which was great, having a ‘proper’ night out and not being on duty was a real treat, I’m sure most parents feel the same way but it was extra special for us. Jim & Ruth came into Helen House the next morning to see us and were really surprised to find out how lovely it was, Ruth wrote a really nice piece for us on their experience which if you’ve never been to a hospice and find it a terrifying word then please read it as it will give you a very warm feeling. 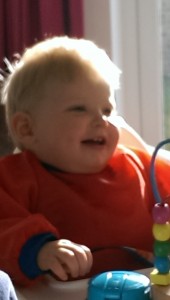 Whilst we were at Helen House one of the doctors suggested we reduce one of Toby’s medications, clobezam which is a strong sedative. We did notice an almost immediate impact as our smiley little boy came back to us. The dose of some of his maintenance medications has been so high that he was slack cheeked and his personality was dulled, we don’t have many photos of Toby over the last couple of months as he just doesn’t look happy or well.

The change in drugs has meant he is far more sparkly and has a smile on his face far more now.

We also saw Toby’s neurologist over in Oxford which wasn’t quite as good news. Dr McShane is still concerned that Toby’s seizures are at the extreme end of the condition and are a likely indicator of the problems that will lie ahead, from autism to behavioural issues. He had referred us to Bristol Hospital so that we can get Toby on the Ketogenic Diet, a known treatment for severe epilepsy that involves a high fat (even a drunk Glaswegian would struggle with the levels of oil on this diet!) zero carb way of eating.

It’s always a real slap in the face to go to those meetings as there is never any light at the end of the tunnel.

Our expectation of Social Services was pretty low, they get a lot of bad press however the reality couldn’t be further from our perception. Having invited them into lives they have been incredibly supportive in helping us navigate ‘the system’ and get help from various places, as a result of their intervention we have been able to employ a respite carer for 10hrs per month to give us some valuable time off.

Thanks to our amazing NHS we also have a huge amount of other professional services involved in Toby’s development from Speech & Language, Occupational Health, Physio and Portage which helps Toby’s learning through play.

I’ve said it before but we are all exceptionally lucky to have a ‘system’ that you can turn to and get the help you need when you need it. It’s sometime difficult, sometimes not available and clearly needs dragging into the 21st Century but the people who work within it are some of the most knowledgeable and caring we’ve met. 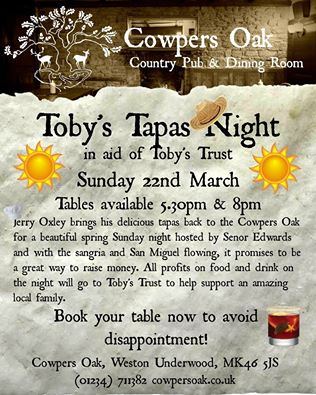 Once again we’re blown away with how incredibly supportive and generous people have and can be. This month saw the launch of ‘Toby’s Tapas’ at the pub we used to frequent, The Cowpers Oak. Tim & Holly the landlords are giving over a Sunday evening so that local Tapas lover Jerry can cook up a feast for over hundred people, all in aid of Toby’s Trust. It’s events like this that leave us with tears running down our faces when we realise how much people care.

It’s not just the big events that move us, there is someone who donates a small amount when they can and that is equally as touching as we’ve never even met them. Imagine that, a complete stranger giving up their hard earned cash for someone else, that really is the definition of generosity.