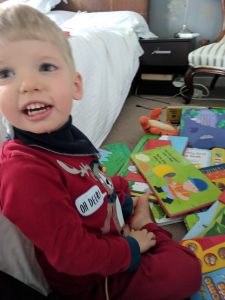 Look, I got ALL the books out!

We’re very lucky that people often ask “How’s Toby?” but we find it such a difficult question to answer, right now, he is having a fully convulsive seizure every day, which means as well as the seizure he’s unconscious for 40 mins afterwards, and he has a handful of smaller ones throughout the day but it’s that on top of everything else that’s difficult to explain when you see people in the street, office or on the phone. That ‘everything else’ includes the fact that Toby is very unstable and wobbly, he can’t walk himself but can crawl so at home he’s mobile and inquisitive but as soon as we’re out of the house that independence is taken from him, unless we take him to the swings once he’s in his buggy he’s trapped and there’s little he can do, hence the shouts of protest if we stop too long to talk to someone.

All Toby’s peers (and those a lot younger) are running around, playing sport, on scooters and able to entertain themselves, Toby can’t and it’s really frustrating for him and us as the things that make him happy, his toys, books and TV are all indoor activities which leave us feeling like prisoners in our home. Going out for the day isn’t a treat for Tobes, he’ll be strapped into his buggy and wheeled around, he doesn’t engage with new things particularly well so a day at the zoo for him is just hours in the buggy with us trying to get him to look at things that he doesn’t see. 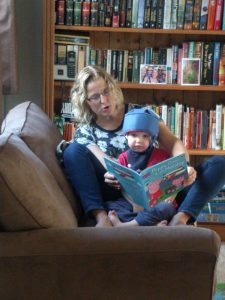 Not enjoying a new book!

Something we are particularly struggling with right now is how repetitive life is at home. Toby doesn’t like new books, tv programmes or toys. We have 4 Peppa Pig DVD’s that he’ll watch, try putting on another and there’s a tantrum with head banging. Last weekend Kim read a new book to Toby, he lay on our bed kicking his legs and screaming until she got to the end.

Imagine if your child would only play with the same things as when they were 6 months old.

Thankfully Toby is at school where there’s a large safe space for him to crawl around and lots of different things for him to explore, even so when there’s activities he doesn’t like or want to do he makes it very clear to the teachers that he doesn’t want to do it. 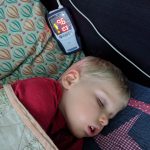 I witnessed him in ‘PE’ the other week, he was crawling around large foam objects, a bit like a soft play obstacle course but he clearly didn’t want to be there and kept going to the door and shouting, whereas if he’s in his classroom he knows where his favourite toys are and goes straight to them.

As Toby is still a tiddler (not 4 yet) we pick him up just before the end of school to avoid the rush, often he’s just woken up from a nap or playing with some toys but as I rounded the corner of the corridor the other day he was on the floor outside the hall, convulsing and blue with a small crowd of teachers, nurses and assistants around him. Fortunately, the seizure didn’t last too long but it it is very upsetting to be confronted with this when doing a routine thing like school pick up. 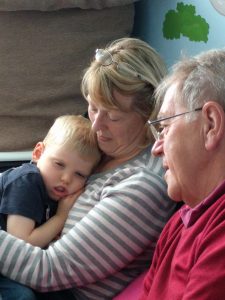 Even though he’s not boisterous and running around it’s exhausting looking after Toby, it’s mentally challenging and you’re constantly on high alert for when something happens and when it does the impact of the adrenaline wearing off is draining.

We’ve both been ill over the last few weeks and have tried to give each other a ‘night off’ to try and aid recovery, it’s not until Toby’s either not there or you can mentally switch off that you realise just how lightly we now sleep. We always have monitors on Toby to be guard for night time seizures but when we’re ‘off duty’ and can have ear plugs in or a dose of night nurse to help us feel better is incredible the difference in the quality of our sleep.

At the start of the month Toby had a week in Helen House while we had four nights away in Majorca. Being so far away from Toby is hard but we know it’s so important for our sanity and we’re incredibly grateful to the team at Helen House who look after him so well. Unfortunately, as usual after the hour journey to get there Toby had a nasty seizure, which made it more difficult leaving him there unconscious, however it’s also a reminder of why we need the support of a hospice.

Huge thanks to Laura and Sharon from Amegreen who collected Toby for us so he was home when we got there and to our parents for being ‘in loco parentis’ and staying in touch with the hospice to make sure all was ok. It’s a massive responsibility we ask of all our parents on regular basis and we’re so lucky to have their support as without it so much wouldn’t be possible. 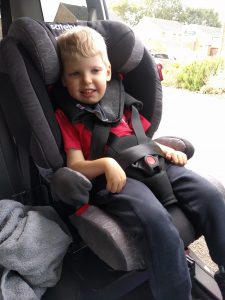 Our lives are often extremes, from boredom to panic, from happy to medical emergency and the support we get often varies too from the large gestures to the tiny ones which mean just as much.

I was in town with Toby a couple of weeks ago when I heard someone calling my name, I couldn’t at first find the source until I realise it was Jackie from Café Rosco, I went over with Toby (Brady the dog was fortunately already tied up) and she offered me tea, coffee and cake, just because. It was such a lovely gesture and really thoughtful, little things like that can mean so much to someone’s day.

For the record, I took a lovely Chelsea bun home and had it with a cuppa while I fed Toby.

We’re incredibly lucky to live in Olney, it’s a friendly place where people go out of their way to help us and we have been lucky to make many friends both before and since Toby was born. I’ve been involved in the Big Olney Food Festival for several years now and love helping when I can with setting it all up and helping to clear it down. It’s a fantastic event put on by a handful of volunteers and a fab party the whole town can enjoy. This year a percentage of the profit from the event was donated to Toby’s Trust, a massive £1600 which is going towards the adaptations we need to do for Toby in the future.

It’s an incredible feeling that thousands of local people have somehow helped our little boy and makes us feel very humble. 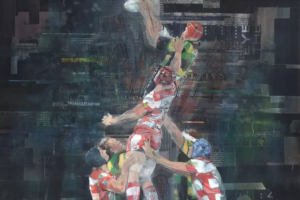 You may recall a couple of years ago local good egg Ian Roberts arranged an auction to raise money for Toby’s Trust, one of the lots which we auctioned separately was a painting by the incredibly talented Ed Robinson who had overheard Ian asking someone else for a donation. Ed’s painting sell for thousands so we were blown away by his generosity, more so when he offered to do it again.

This incredible painting of the Northampton Saint’s was on display for months before being auctioned off and the proceeds were given to Toby’s Trust. Ed and Sue live around the corner from us and witnessed the parade of ambulances that used to line up outside our house and wanted to help, the auctioning of these paintings is incredibly generous and we cannot say thank you enough.

Finally, thank you to our ever supportive friend Naomi who has taken up the challenge of getting a disabled swing in town for Toby. He loves going to the swings but is just getting too big for the enclosed ‘baby’ swings and as he doesn’t hold on can’t go on a ‘big’ swing, a more suitable one is like a bucket seat and reclined which he’s also be able to stay in whilst he has the inevitable seizure. It would be a great asset for the whole town so thanks for trying to make it happen!