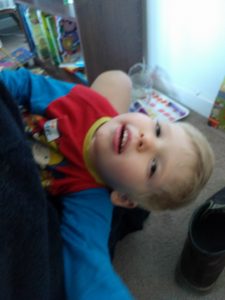 I realise I’ve not written an October update and apologies for that, Life’s been a little tough over the last few weeks as Toby’s seizures have got worse.

The fully convulsive ‘tonic clonic’ seizures have increased in frequency and duration and seem to be impacting his breathing more so he’s needing more ‘rescue breaths’ to get his breathing again and medication to break the seizure.

It puts us on edge when the seizures get worse, you never know what is going to happen when, be it out walking the dog on the fields, in a swing or picking up from school in the car, we just have to be constantly on edge.

The last week in October must be ‘national generous cousins’ week as four of ours made substantial and generous donations to Toby’s Trust which is both incredible and humbling for us. Thank you all for your kindness. 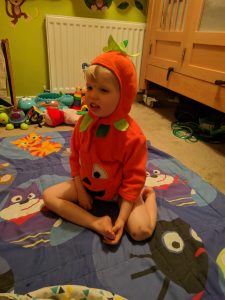 Like a lot of parents we had to find things to do to keep Tobes occupied during half term, luckily we were offered a half hour slot to use the pool at school on our own which was fab. It was the first time in several years that the three of us had been swimming together and it was a great success, I cannot tell you how happy Toby was in the pool.

We were offered a second session on the Wednesday and jumped at it, especially as Toby had a hospital appointment later that morning and the hospital is only over the road from the school. Again we were having great fun in the water and Toby was so happy then bang, out of nowhere a seizure started and we had to get him out of the water, oxygen on and wait for it to end. It was a real reminder of what the team at school have to deal with when the take Toby swimming every week.

Fortunately he was able to sleep off the seizure in the staff room while we both did some work, it was lovely that so many staff were in school prepping for the next term who came to talk to us and Toby, it’s a real testament to the school that all the staff, from teachers to admin and TA’s all take time to really get to know all the kids. It was really nice to feel so welcome there. 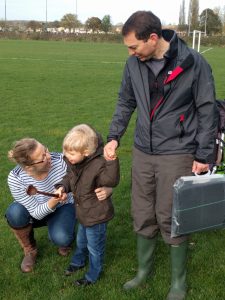 Another reason for not putting pen to paper has been that I’ve been preoccupied with thinking about a little girl who also has Dravet, she’s had a terrible few months. Last time I saw her she was in hospital after a seizure lasting hours during which she also had a stroke. As you can imagine she wasn’t in a great way, and her Mum and Dad were exhausted but battling on. They’ve had a tough few months adapting to a new way of life and different challenges since getting out of hospital and then a couple of weeks ago she had another prolonged seizure, this time due to a chest infection of epic scale. She was rushed to intensive care and put on life support, her parents were asked to authorise the use of a drug that was likely to cause kidney failure but was the only option to treat the infection. They did, she kept fighting and despite the doctors preparing the family for the worse we’ve learnt today that she’s off life support and moved to a High Dependency ward.

There’s still a long way to go and she will not be the same little girl she was six months ago but it’s incredible what the whole family have gone through, I just hope they all get a bit of a break.

We’re already halfway through November and so many wonderful things have happened but I’ll share those in a few weeks time.

Thanks again for reading, it always amazes me that you want to hear about our lives and it does mean a lot to us.