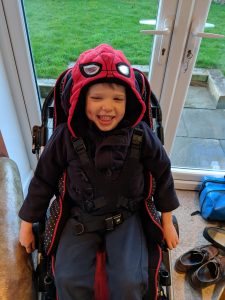 Apologies for the late update, life overtook us and I forgot to write an update but a few people have been in touch to check all is ok so I thought I ought to say hello!

The good news is that the ‘new’ drug that Toby started last year is helping to reduce the number of seizures he is having, the downside is that they are getting more violent, longer and seem to be having a greater impact on him.

A few times in January he had ‘clusters’ of fully convulsive seizures where he seems to come out of the seizure but then go into another a few minutes later. On a couple of occasions he’s needed rescue medication which isn’t great.

There was a particularly nasty seizure at school when he was in the pool, the team there are brilliant and looked after him, giving him rescue breaths as he wasn’t breathing and emergency medication to try and break the seizure. They all go above and beyond what any member of staff in a school should have to do and we’re so grateful that there are so many people at The Redway School willing to do whatever it 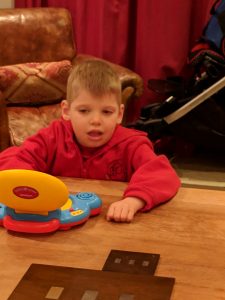 takes to keep our boy safe and let him have fun.

We saw Prof Cross in GOSH early in the month to review his seizures and take bloods, in balance all still looks positive and we’re happy to stay on the drug and increase the dose to see what other improvements it might have.

Again we need to say a massive thanks to Karen Braithwaite for doing all the research into this drug as without her Toby, and at least two other children that we know of, wouldn’t be on it. Ironically Potassium Bromide is one of the oldest epilepsy drugs that fell out of fashion in the 60’s & 70’s as newer, more effective drugs were developed. The main issue with PB is it requires a complex blood test to understand concentration in the body, this test was only developed in the last decade or so which means the drug can be administered far more effectively. 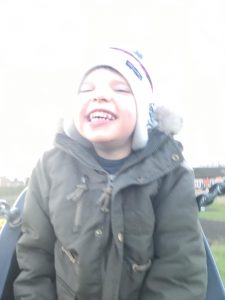 Speaking of thanks, we met up with a lovely couple, Barrie & Barbara from Olney a few weeks ago as they’ve generously supported Helen House in Toby’s name, we had a lovely chat and we’re overwhelmed when they gave us a cheque for Toby’s Trust. Likewise friends like The Brocks and Claire C have been so generous with their support, thank you.

We really don’t know why so many of you are so generous but it means so much to us, words hardly do it justice.

We’re incredibly fortunate that so many of you have been so generous over the years as it’s meant that the process of building an extension for a downstairs bedroom and wet room for Toby has been financially easier for us. We’re very lucky that we get a grant from the council to facilitate this but it only covers about half of the cost, so all of you that have seen the build go up feel proud that you’ve made this happen for us.

After a number of weeks delay the build is back on track, sadly it’s finished from the outside and everyone assumes we’re in and using it but there’s still a lot of work to do inside, fingers crossed it won’t be too long now. 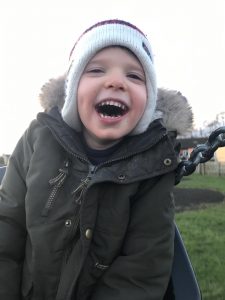 Thank you all for being there for us, reading this update and getting in touch when it doesn’t appear to check we’re ok, it’s a very warm feeling to know so many people are looking out for us in so many ways, thank you.