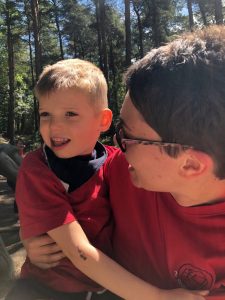 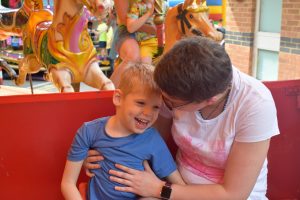 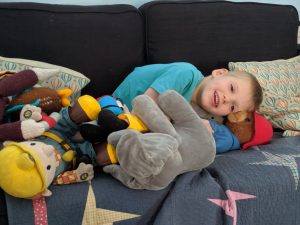 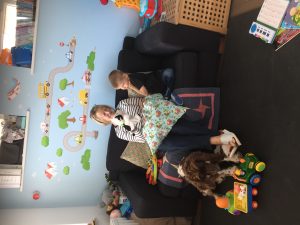 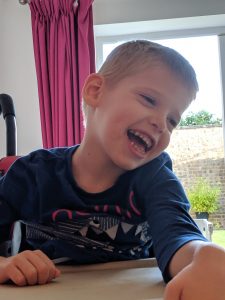 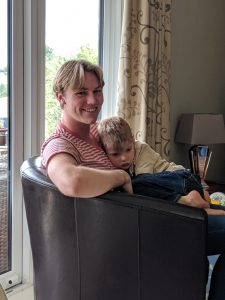 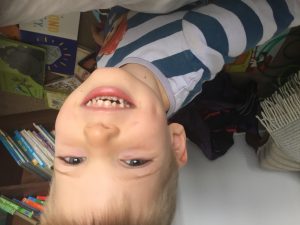 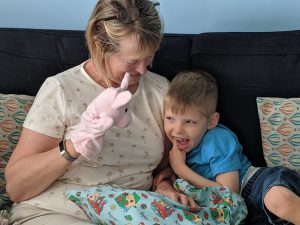 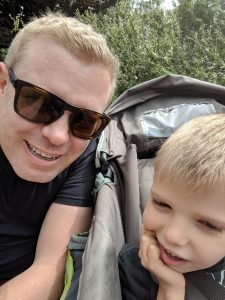 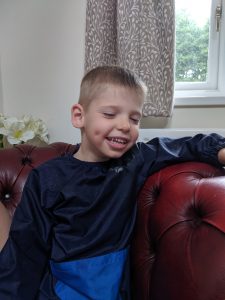 Summer is nearly over, not just the weather but the holidays too, it’s been a long couple of months.

Sadly the last couple of weeks haven’t been great for Toby, he’s had some of the worst seizures in a long time, from 5 in one day, several while strapped into his chair eating through to a 20min one whilst he was fast asleep, they’re all really scary.

Due to the length and number of seizures it’s taken him a good few days to recover but thankfully this weekend he’s back to his usual smiley self, ready to go back to school.

As every parent knows, the summer holidays are looong, we’re incredibly fortunate to get lots of support from our parents which allow us to keep working over the holiday but it can be incredibly difficult looking after a Toby for such a long time.

You can never leave him to do a little job, you’re always watching him in case he has a seizure and the reality is, he doesn’t do much, he still plays with all the same toys he did when he was 1 so every day is very much a groundhog day.

We did manage a family holiday to Devon which was lovely, it was just the sort of place we love, a quiet village on an estuary with stunning views. Sadly it wasn’t very Toby friendly as it was incredible steep narrow lanes unsuitable to take a buggy on or paths with gates and styles so there was a lot of time in the car but Tobes was brilliant, thanks to Bob the Builder on a tablet!

Tobes did manage to throw us a few curve balls whilst we were away, a dodgy looking rash requiring a trip to a pharmacist, a tic requiring a trip to the local minor injuries unit and a pretty long seizure at 6am which almost had us calling an ambulance as we didn’t know how far we were from either ambulance or hospital but fortunately just as we made that decision he started to come round, always a little scary!

At the start of July we had a routine trip to Great Ormond Street to see Professor Cross, no great revelations other than to increase one medicine and report back on weaning another.

We’re trying to reduce the amount of meds he takes if they don’t seem to be helping, no point in him having a sedative if it isn’t actually helping with seizures.

One thing we are a little surprised by is the fact that reducing the sedative one hasn’t had as much of an impact on his cognitive abilities as we hoped, Prof Cross put that down to his condition.

It’s always hard when you do something hoping for a small positive impact but then get reminded there’s so little we can do to improve Toby development, it’s a good job he’s happy in his own little world.

Last week I took Toby for his annual review of his hips and legs, the physio’s were really pleased to report that his left foot is the best it’s ever been which is great news and a positive outcome of the botox.

Over the summer we made it to Karen & Andy’s (Toby’s aunty and uncle) up on the Welsh borders to see their new house, Tobes was fab on the journey and so good in his travel bed, when he’s on good form he’s great.

Kim & Karen’s cousin and family came down to see us all too which was lovely as Toby has a particular attachment to Sam, as you can see, he never falls asleep on anyone yet with Sam he just curled up and drifted off.

We need to make a special thank you to Natasha and the team at the Olney Fitness Hub, since hearing about Tobes they’ve run a raffle during the recent RiverFest and are now planning an end of summer BBQ at their place on the 21st Sept with music, food and drink.

We’re always so touched when people are so kind and generous, especially when they don’t know us or Toby, makes us feel very loved.

We’re planning to use their incredibly kind donation to help purchase a special needs trike for Toby so he can use up some of his boundless energy and work on his own fitness.

Once again, thank you to everyone who has got us through the summer hols, from the team at Redway school who run a summer play scheme to the folk at Amegreen who provide our respite and of course Granny Gill, Nanna & Grandpa, couldn’t do it without you all.