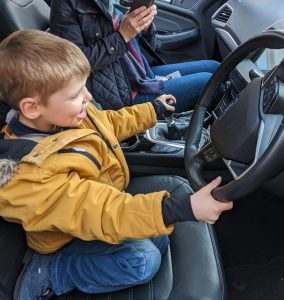 February seems to have disappeared in the blink of an eye helped no doubt by having a lovely week away as a family in Southwold.

Our half term holiday didn’t start well unfortunately with Toby having a seizure at school not long before we collected and then another one the following day, but after that the sea air worked it’s magic and he was a bright as a button and very active for  the rest of the week.

Toby was up on his feet loads and walking for well over half a kilometre each day! Whilst it’s not pretty and he can’t do it unaided (despite wanting to let go of hands!) he is showing great progress. The only downside is that we have to go where Toby wants to go and as you can see from the video, he’s a very determined little chap. His favourite thing was to chase dogs along the pier. I’m not sure how impressed the dogs or owners were with that, but it was great motivation. 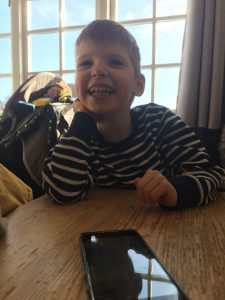 The holiday really highlighted a change in ‘phase’ for us, yes he’s still having a number of violent convulsive seizures every week but it’s now developmental things that are coming to the fore. Developmentally he’s still about 18 months old which presents its own challenges as he’s the size and has the strength of a 6 year old., there’s no reasoning, explaining, persuading or cajoling to be done and as he gets bigger that gets harder and more difficult, especially as he’s dropped his day time nap so we don’t get a break.

There’s only so long that we’ll be able to physically influence him by lifting or carrying and already we’re seeing situations where if that isn’t what Toby wants then he will collapse into a jumble of arms and legs and make himself very hard to lift or carry.

Sadly this is classically where behaviour issues stem from, he is physically capable of more but the cognition and communication isn’t there so frustration develops and with it anger and poor behaviour.

We’ll just continue to surround him with love and positive people in an effort to create an environment where he doesn’t feel frustrated. 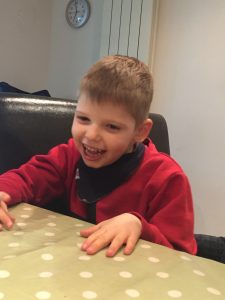 We had a shock a few weeks back as my Dad had to be taken into hospital in the middle of the night, we now know it isn’t too serious however going to see him in A&E was tough, both from seeing him lying there poorly but also the memories and emotions it brought back, where he was on the trolly was close to Resus, somewhere we’ve spent so much time but thankfully not for a while but it was a stark reminder of how serious Toby’s condition is and how fragile we all are. Dad is now back on his feet so hopefully none of us will be back to hospital soon!

Last weekend we went up to Lancashire to see our good friends John and Julie, Lauren and Sam. The journey was long and difficult, made worse by the child lock failing on the car and Toby opening the door whilst I was in the outside lane of the motorway.

If that didn’t get the heart racing enough about an hour later he had a seizure, again, whilst speeding along the motorway.

Kim always sits in the back with him so was there to administer oxygen and keep his airway open when he started choking on his saliva. 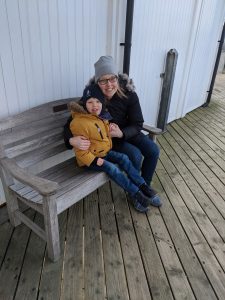 I cannot begin to explain the feeling of being helpless as this is all going on behind me, knowing I have to keep concentrating and keep going (smart motorway with no hard shoulder) to get us somewhere safe.

Fortunately, he was ok thanks to Kim’s skills in dealing with seizures and he was then unconscious for the rest of the journey.

The weekend got a lot better as it was so nice to see everyone, in their new home. Lauren & Sam were absolutely brilliant with Toby, getting on the floor, playing with him and doing his favourite thing of watching the washing machine with him and just being at his level. So many people, young kids in particular, find being with Toby difficult and a bit scary, he doesn’t talk, pulls hair and doesn’t interact by normal rules. It’s so lovely to be with people who just accept him and come down to him as they, and he clearly have a lovely time. It’s quite often when kids have been in contact with special needs kids before that they are less scared of the unknown and more confident about communicating with him.

The other big news this month is that Toby has lost his first teeth, two, on the same day, so he now has a gappy smile. I have one but no idea where the other went so the tooth fairy isn’t being too financially stretched this month.

Thanks again for reading, see you soon!