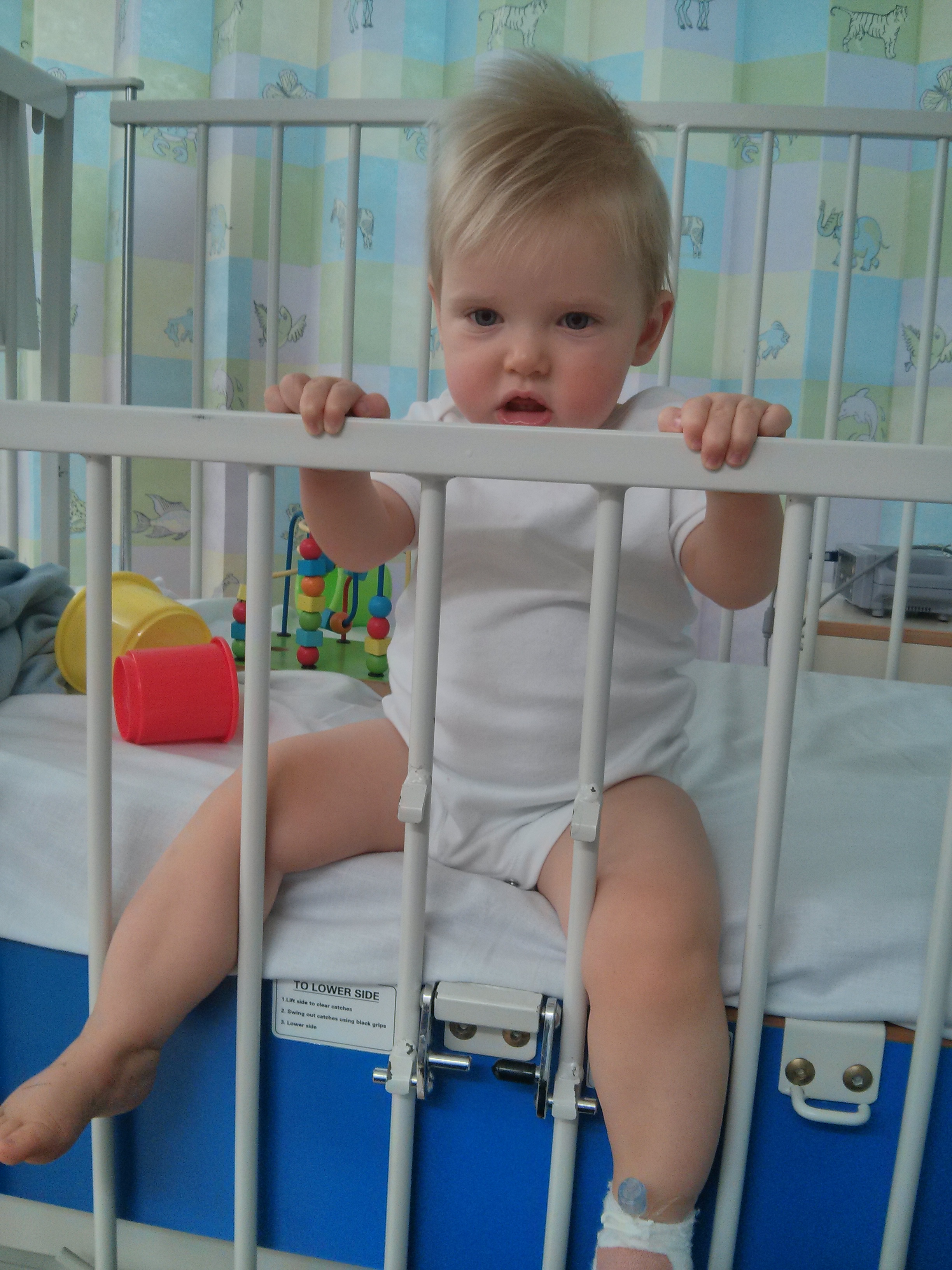 What a month! Whilst the number of seizures Toby has had has reduced the length and severity increased dramatically.

The poor little boy had 3 seizures (one every seven days almost) that lasted over an hour and several around 20mins, the longest being 71 minutes which is really scary. Any seizures over 30 mins are classed as status epilepticus where the brain is almost ‘stuck on a loop’ like a record player, it’s really important to break this cycle as this is where brain damage can occur.

Warning, I’ve gone into some graphic detail of what it’s like dealing with these seizures, skip to the ‘Apart from seizures’ section if you prefer.

When Toby has a seizure it’s pretty obvious, he convulses with all his limbs and his eyes are rolled up so he looks like he’s staring to the top left, he often makes an ‘odd’ sound as he breathes and if he’s up and about can come crashing face down onto the floor.

We start by giving him a dose of midazolam into his mouth, at the same time we’re dialing 999, if you’ve never done it just making that phone call is pretty scary, I’ve done it over 70 times, it doesn’t get easier. We also get a SATs monitor on him to check his heart rate and blood oxygen level and strapping an oxygen mask to him so we can top up his O2 if it falls. In the event that he stops breathing altogether (he did on one of these seizures) we perform mouth to mouth resuscitation for a few breaths to get his respiratory system working by itself again. If he is still seizing we administer a second dose of midazolam 10 mins later

Between 15-25 mins later when the ambulance arrives there are few actions they can do as we’ve done a lot already, their support is vital in keeping Toby breathing. It still amazes me that we’ve had to become so competent in advanced life support but it really helps to feel like you’re doing something whilst you wait for the help to arrive. 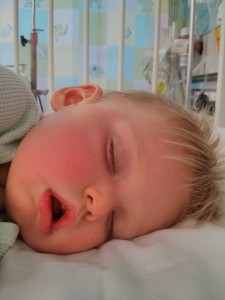 Running a temperature and sleeping off a seizure in hospital

Once the ‘green team’ are with us we have to move quickly, Toby gets strapped to the stretcher in the ambulance while Kim (she’s the expert as she’s had to do it 6 times now) prepares a syringe of Paraldehyde. This is the next drug in our escalated care plan and we only give it once the ambulance crew arrives as the more drugs we give the greater the chance of Toby stopping breathing.

Paraldehyde stinks, it’s a horrible drug that we have to be very careful with, once it’s in the plastic syringe it has to administered within 10 mins as it eats through the plastic. The other horrible thing is that it has to be give rectally so get a tube of lube, get the nappy off and up the bum it goes.

While Kim’s doing that the ambulance crew will be fitting Toby with an ambu bag, a fixed mask into his mouth attached to a ‘balloon’ which they can squeeze to breathe for him if he stops or becomes very shallow, this is dangerous in itself as he can start to take carbon dioxide into his lungs which starts to poison him.

Then it’s the blue light journey to hospital, you’ll be amazed at the amount of people that don’t get out of the way of an ambulance with lights and sirens on.

By the time we arrive in hospital it’s about an hour since we called 999, even though we call as soon as the seizure starts. 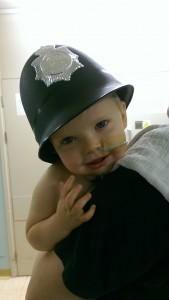 Lots of toys to play with in hospital! Note the ‘nasal gastric’ tube which we use to feed him and get his drugs into him whilst in hospital.

Even if Toby’s stopped seizing on route to hospital he always gets taken into ‘Resus’ – the resuscitation bays in a dedicated part of A&E. He’ll be a category one emergency which means a team of doctors, anesthetists and senior nurses will be waiting to receive him and work on him.

This is possibly the scariest bit, you hand your baby over to a team of strangers knowing you’ve done everything you can for him but now it’s the professionals turn.

Usually there are 12-16 people around the bed with tiny Toby on it and they work in a carefully choreographed way to get IV lines into him, take vital stats, draw blood and get respiratory equipment ready. At this point the team don’t like parents being around as it’s so busy and not a good thing to watch but we’ve been here before and know the drill so they are a bit more tolerant.

Once a seizing epileptic is in hospital the most common drug administered to stop the seizure is Phenytoin however in Dravet this can make the seizure worse and trigger further seizures later on, we have to stop them giving the drug they will have prepared for him.

We’ve become used to carrying a very specific care plan with us at all times that we can give to the doctors which outlines exactly what drugs Toby can and can’t have. Fortunately (if that’s the right word!) we’ve met a lot of the doctors and anesthetists now so they do listen to us when we hand this care plan over.

If Toby is still seizing at this point there is a good chance the next drug will stop him breathing so the anesthetists are getting ready to breathe for him and will ‘bag’ him (squeezing the bag of air) for as long as needed, sometimes up to 20 mins.

So far Toby has always managed to start his breathing himself, the next level of the care plan is to intubate him which would involve putting tubes into his lungs and breathing for him via a machine as well as putting him into a coma whilst he is stabilised. Milton Keynes hospital doesn’t have a paediatric intensive care unit so we’d have to be transferred to Oxford, Birmingham or Great Ormond Street, possibly by helicopter. 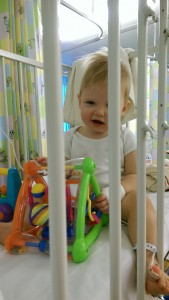 Once the seizure has stopped Toby is usually unconscious for 5 hours or so, the first hour or two of which he’ll stay in the Resus bay in the event the seizure starts again and whilst a bed is prepared on the ward. He then gets transferred over to the paediatric ward where we’ll spend a day ensuring he’s ok. Typically he wakes up and bounces around like nothing has happened! The consultants in MK now know all of us well so are happy to discharge us fairly quickly as long as everyone is comfortable.

So what’s caused these exceptionally long seizures? We’ll never know for sure but on each of the long ones he’s had some sort of illness, ear infection, tonsillitis and a heavy cold. Often the seizures are triggered by a spike in temperature that we all get when we are ill, sadly Toby’s often happen around 1am and have far more serious consequences than the rest of us. As a result this makes us very cautious about taking Toby out and about.

We once asked a neurologist which was the best monitor get for Toby for overnight, his response was ‘Mum’ – as long as mum can hear baby she’s biologically programmed to respond. Fortunately this is the case as Kim has been amazing and woken up as soon as something is wrong, better than any of the monitors we have on Toby overnight.

Toby has been taking a new drug called Stiripentol, a drug developed for Dravet children, we’re yet to get to the full dose but lots of families swear it’s helped with seizure control so fingers crossed.

For most of the month Toby has been pretty ill with one infection after another so he’s had plenty of TLC and been very grumpy!

At the start of the month we visited Helen House, a Hospice in Oxford where we’d been referred by our complex needs nurses. ‘Hospice’ is a very scary word but the ladies we met were amazing, so welcoming, understanding and supportive. It really is great that places like this exist and are funded entirely through charity. Whilst we were there we had an ‘interview’ with a doctor who was lovely and really understanding of what it’s like to live with a child with complex needs, we also had a tour of the building which has recently been refurbished and is absolutely amazing. Needless to say Toby turned on the charm and managed to get lots of people to play with him and even feed him lunch.

Towards the middle of October we had a trip to Somerst, we had been told of a charity called Brainwave that helps develop programmes for children with neurological conditions and had booked a two day session with them in Somerset, it really was fantastic and you can read the full report about it by clicking here http://www.tobystrust.org/2014/11/02/brainwave/

Generally it’s been a tough month for all of us, we’d become quite scared of Toby mixing with other children due to the risk of infection so sadly Toby’s had to turn down his first two party invites, although he was probably too poorly to go anyway. The lovely Mum’s involved brought us round lunch and a party bag with cake which was very touching, it’s the little things like this that make a huge impact on us and really give us a lift.

We’re hoping that the coming weeks bring some respite to Toby’s seizures and he can have a good month of using his new crawling and cruising skills to good effect!